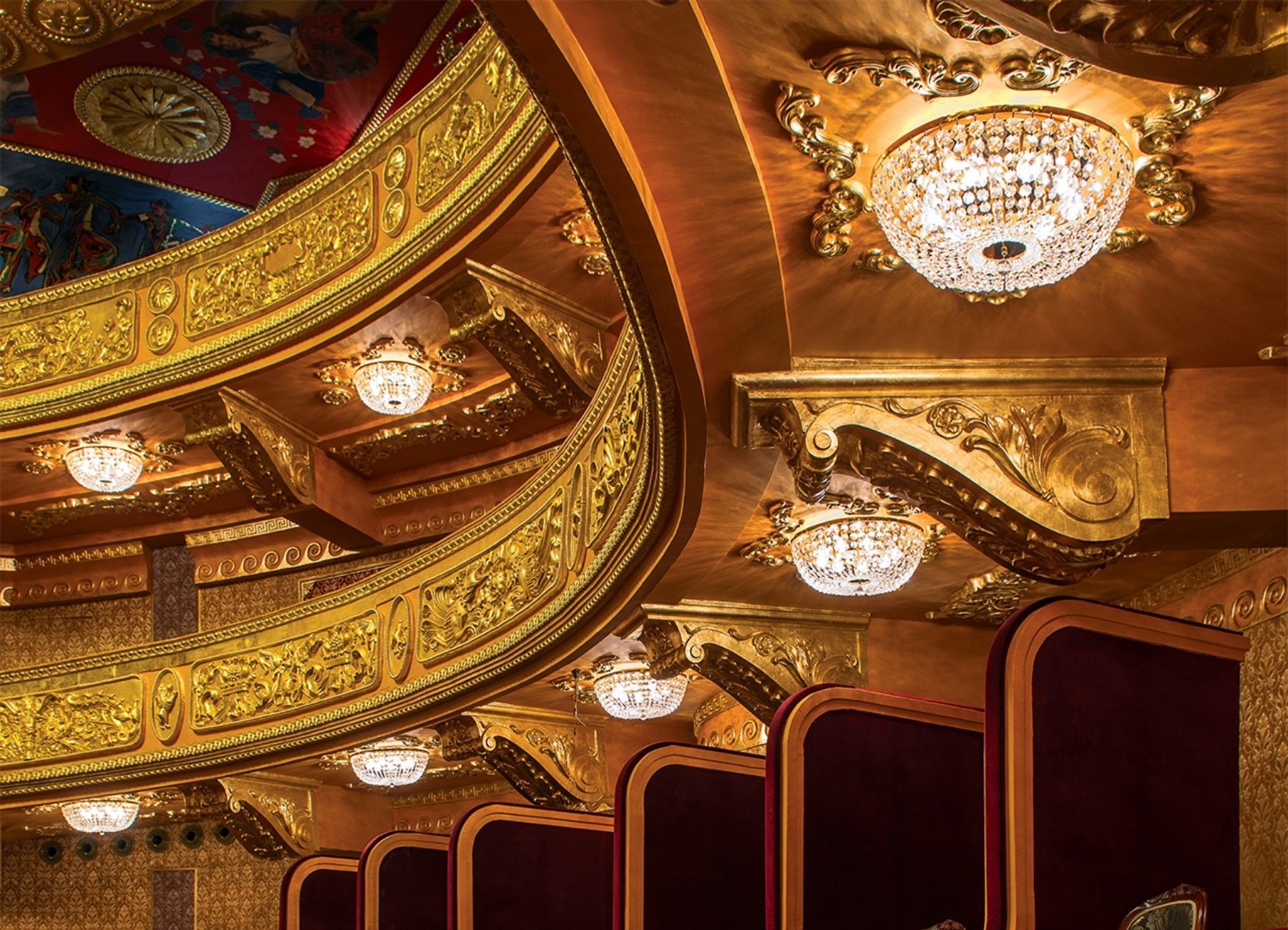 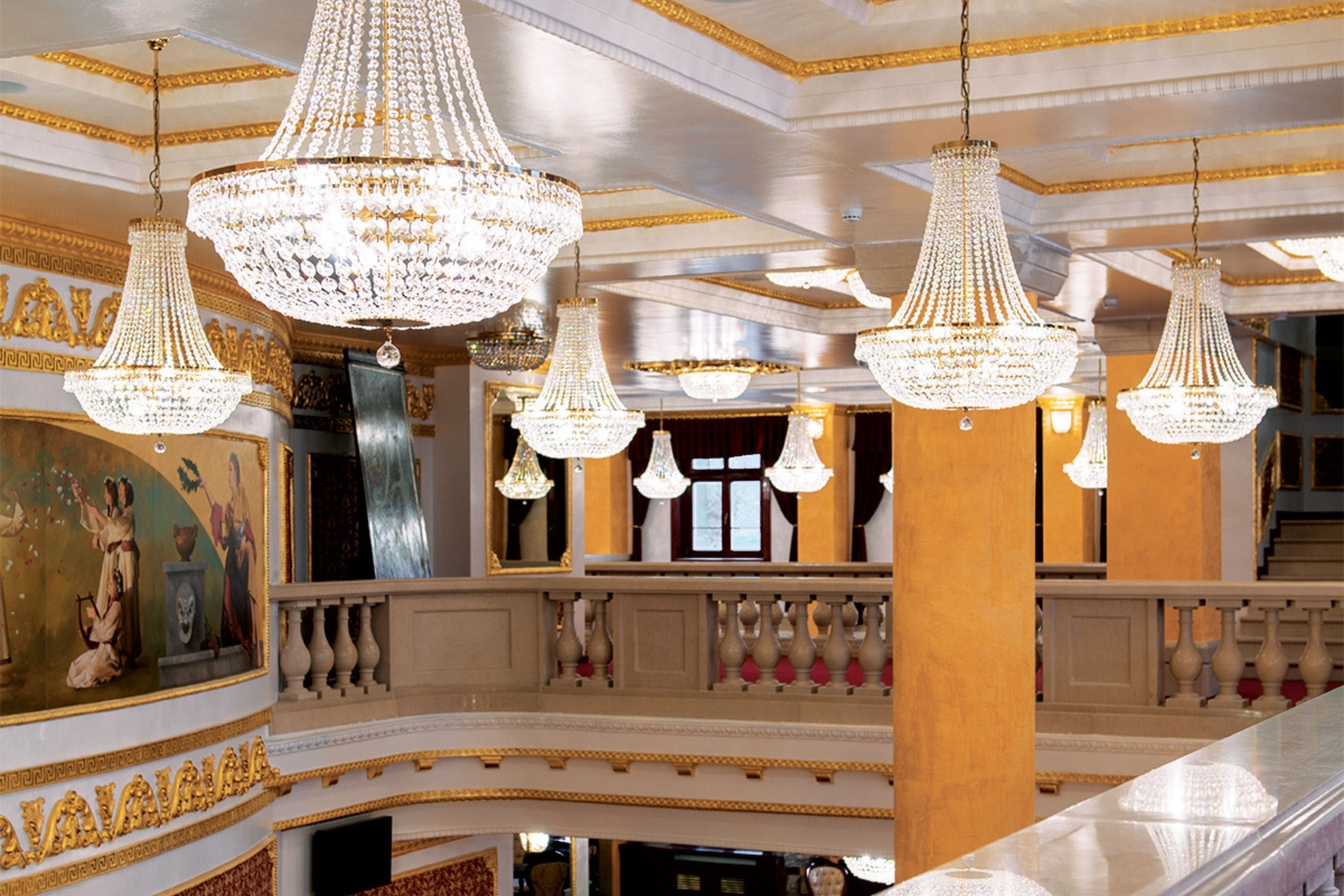 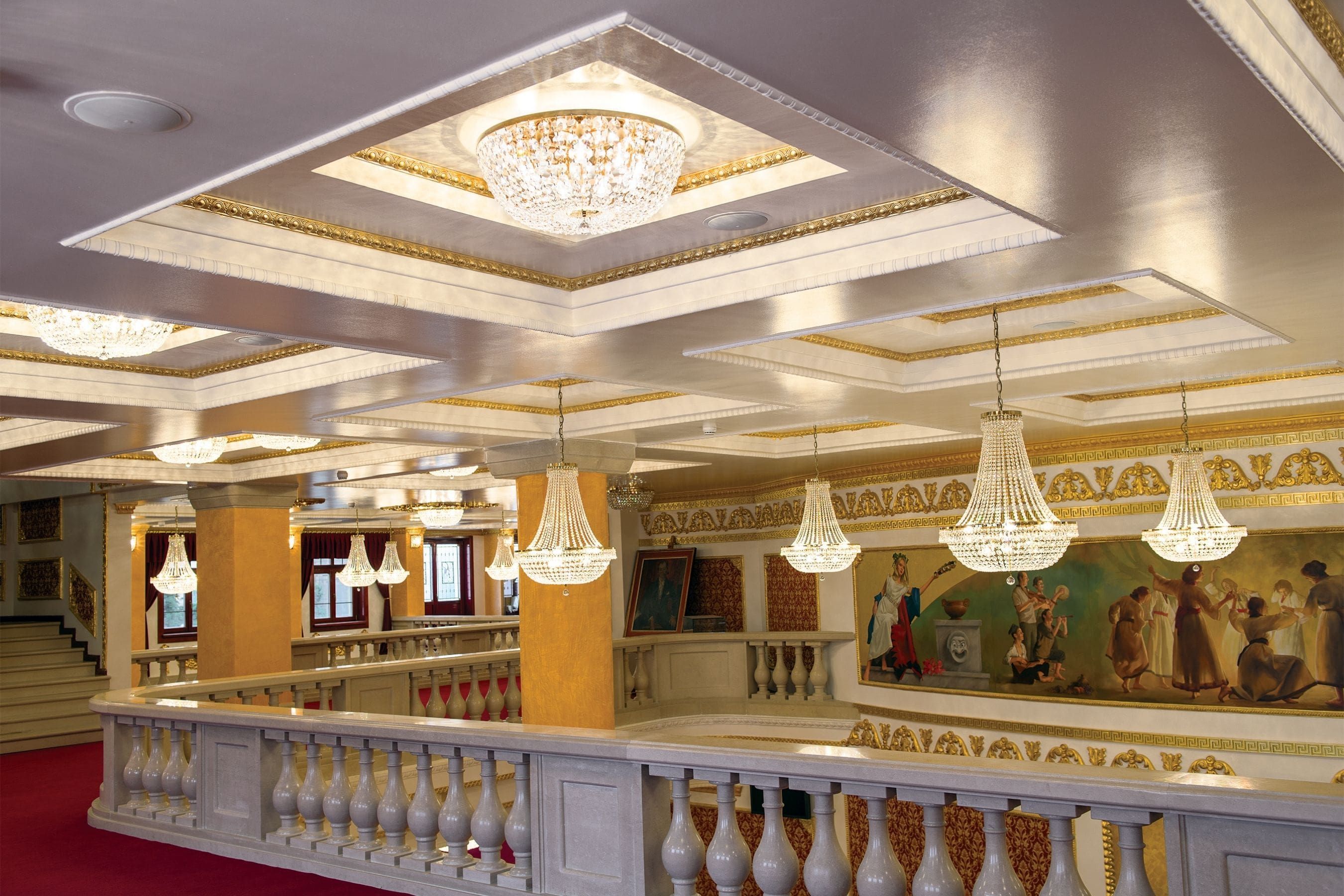 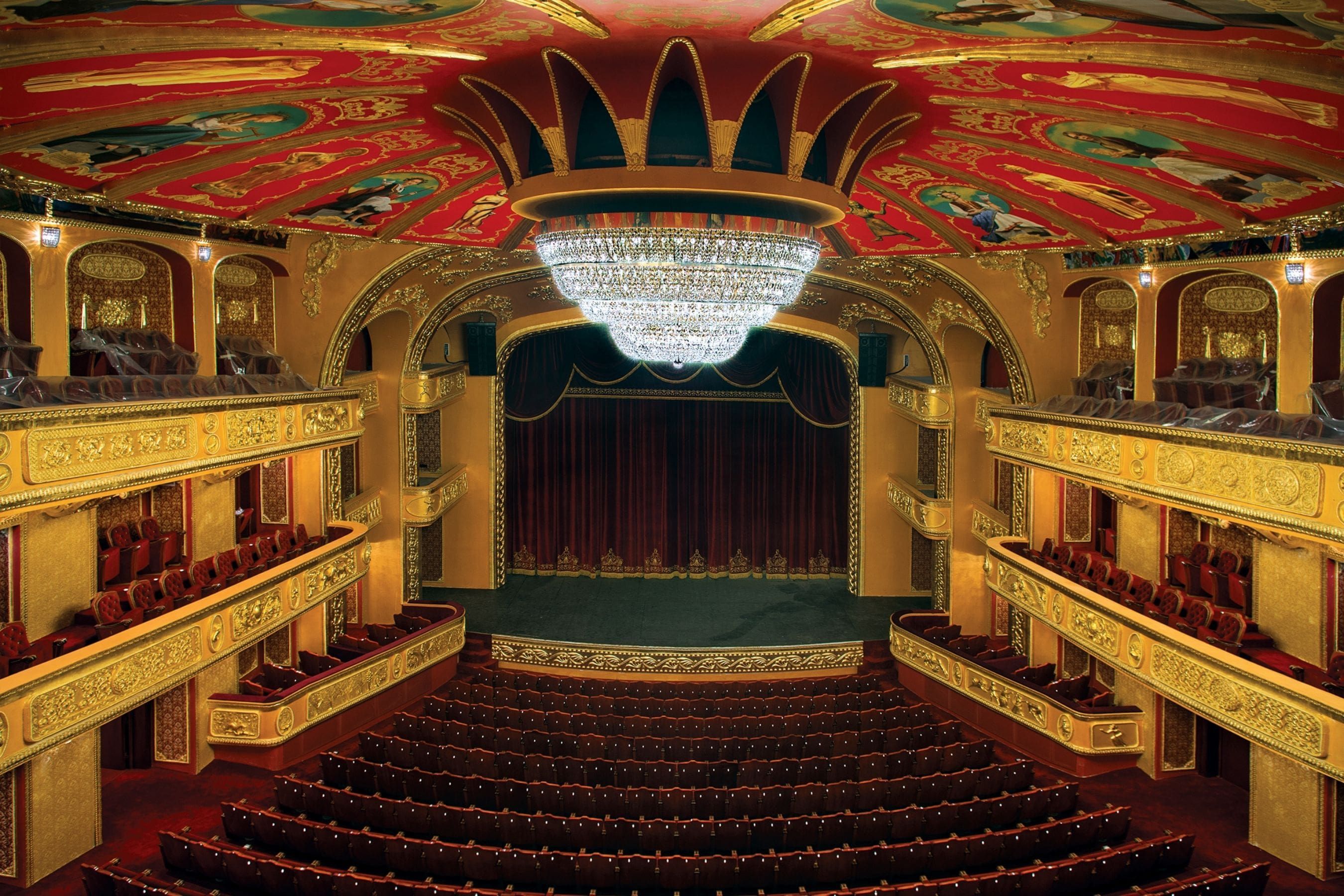 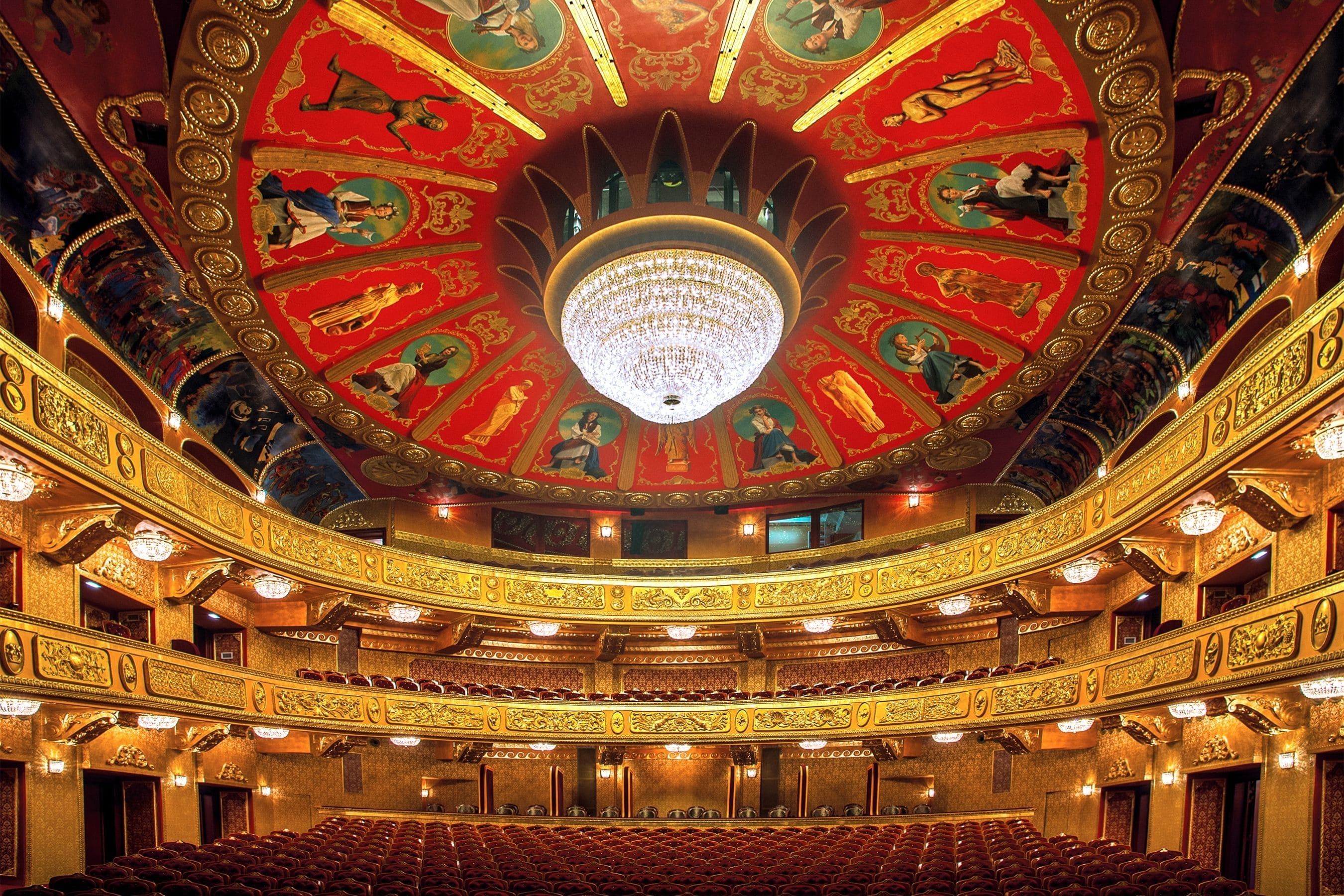 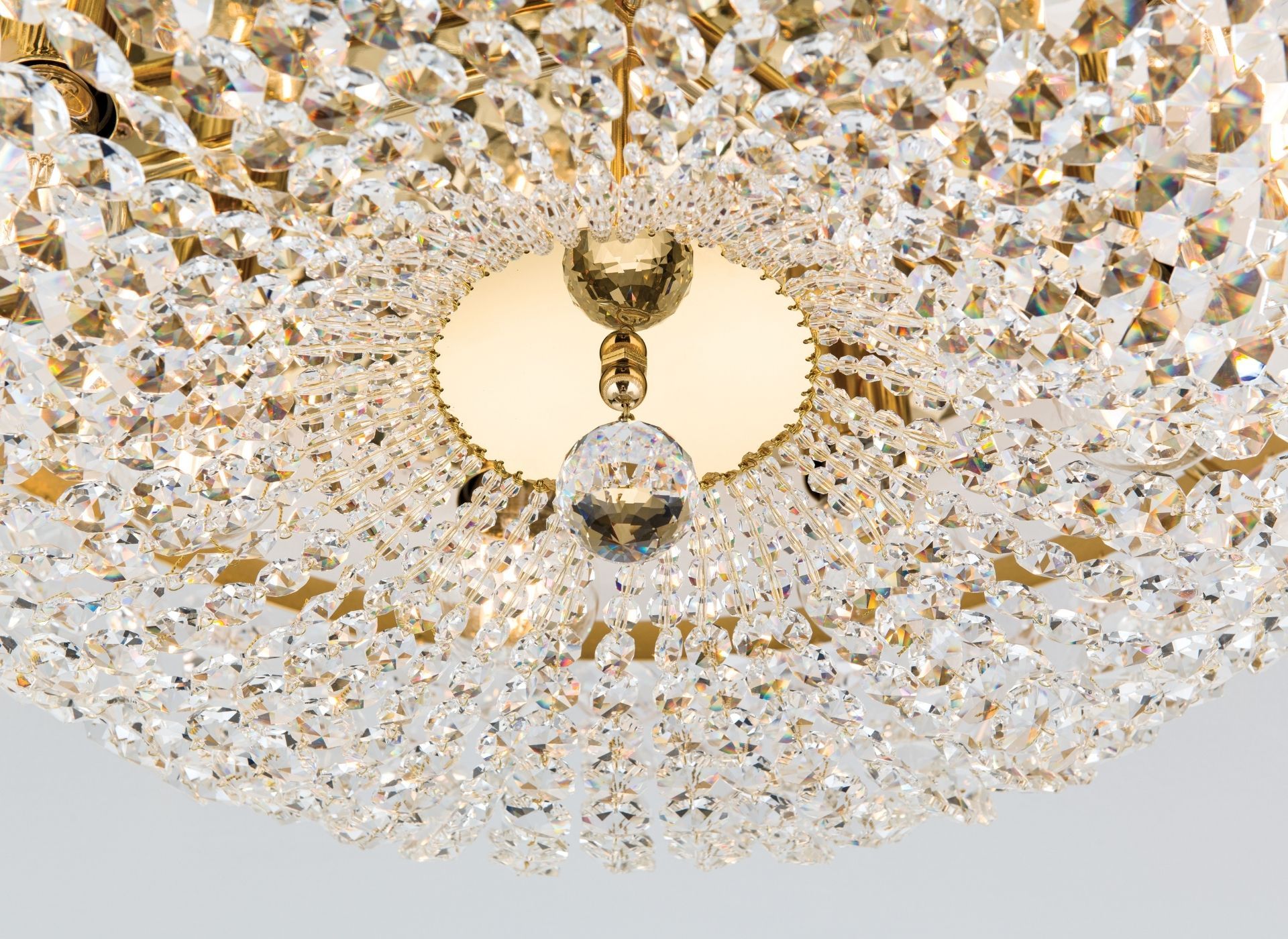 Macedonian National Theater
Skopje, Macedonia
HIGHLIGHTS
LIGHTS
This project has been realized by using lights from the series "Design by ORION":
Request
Are you interested in these lights? We are happy to help.

The Macedonian National Theater in Skopje shines in new splendor. Destroyed by an earth quake in 1963, it was re-opened in 2013. Lighting: Hundreds of crystal lights from the series “Design by ORION: SHERATON” and “WIENER NOSTALGIE”.
The Macedonian National Theater Company moved into the magnificent building in 1927. In 1963, it was destroyed by a heavy earth quake to remain in decrepitude for decades. Reconstruction did not start until some 40 years later: Using the original plans, the “old theatre” was meant to arise in former splendor as a symbol of national identity. With this extensive project, ORION proved its abilities to undertake such major, complex missions and supply finest Austrian hand-craft on time.
Lighting was a key element in reconstruction – everything should be refitted as true to the original as possible. Hundreds of crystal lights along the lines of the series “Design by ORION: SHERATON” were made in Austria for the National Theater in Skopje. Austrian crystal from the “Schöler Crystal” brand was used. Next to the countless wall, ceiling and pendant lights for the hallways and galleries of the theater – ORION’s main oeuvre was a SHERATON chandelier with 3 meters in diameter for the main theater hall. All lights were equipped with LED illuminants.
Next to “SHERATON” several models from the “Design by ORION: WIENER NOSTALGIE”-series were also installed. While planning stretched over a longer period, actual manufacturing took only 8 weeks – a major achievement given the volume and quite singular in the industry. Strabag as contractor was very pleased. ORION’s exclusive partner in Macedonia, ORION Svetlina/Skopje did the final installation. 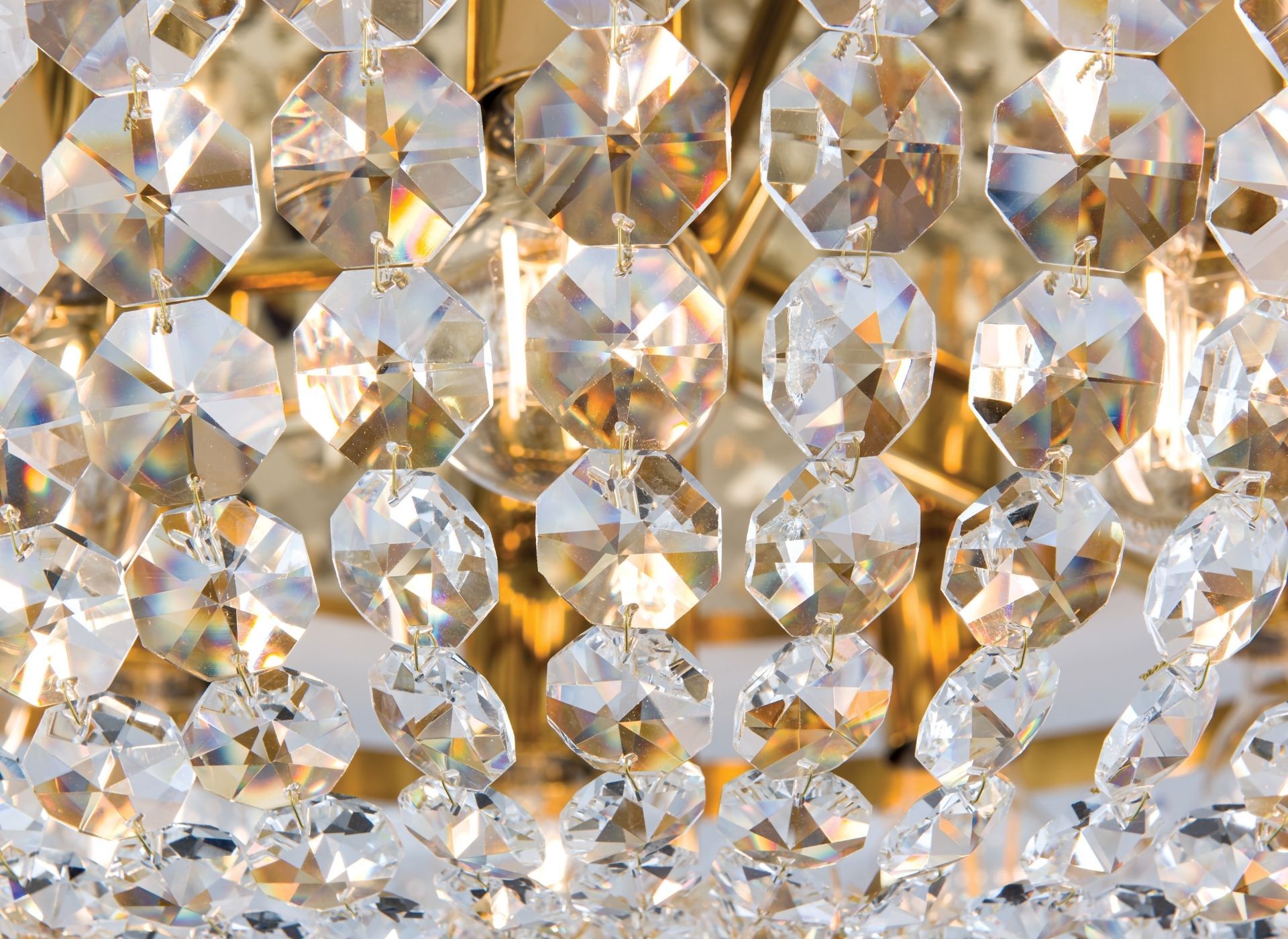 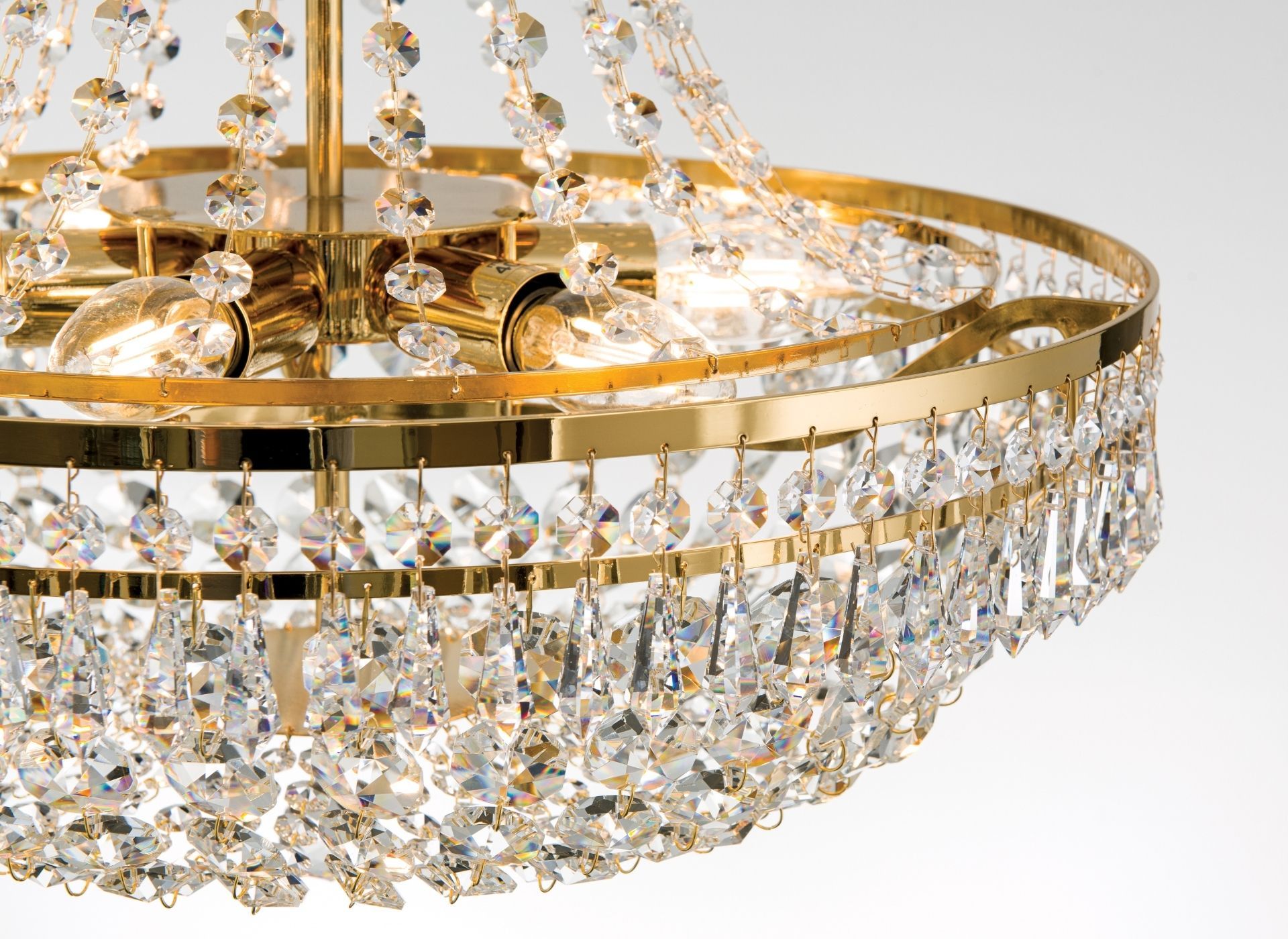